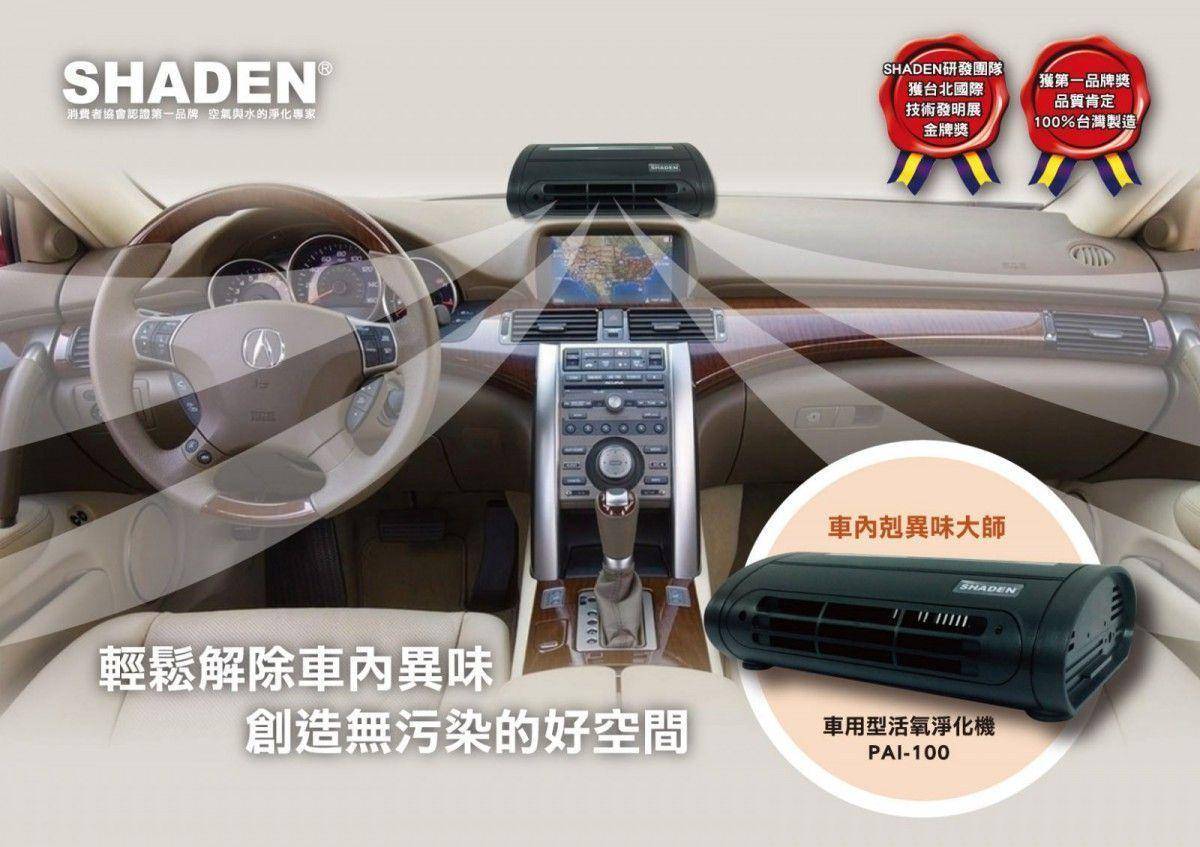 The main purpose of this invention is to produce air flow by electric field at a speed of at least 1 m/sec. The air flow is able to replace the traditional fan, avoid using motors, saving electricity and reducing need for repair.
Besides, we designed to place the negative potential only in the dust collection area inside the device. It sterilizes and removes suspended particles, and does not interfer with the microcomputer system and the screen. The actual output is plasma air flow. Its electromagnetic waves are close to 0.

The professional technology of electric field air flow for air purification application
The electric field air flow is a gas channel. It inhales dirty air outside the device. There is a system of dust collection built in the gas channel which contains thousands of free electrons, negative ions, etc. Bacteria will be eliminated when dirty air goes through the ionization discharge area. At the same time, the suspended particles become charged particles. They are absorbed and removed in the dust collection area (the end of the guide pole). The device sends clean & fresh air at last . 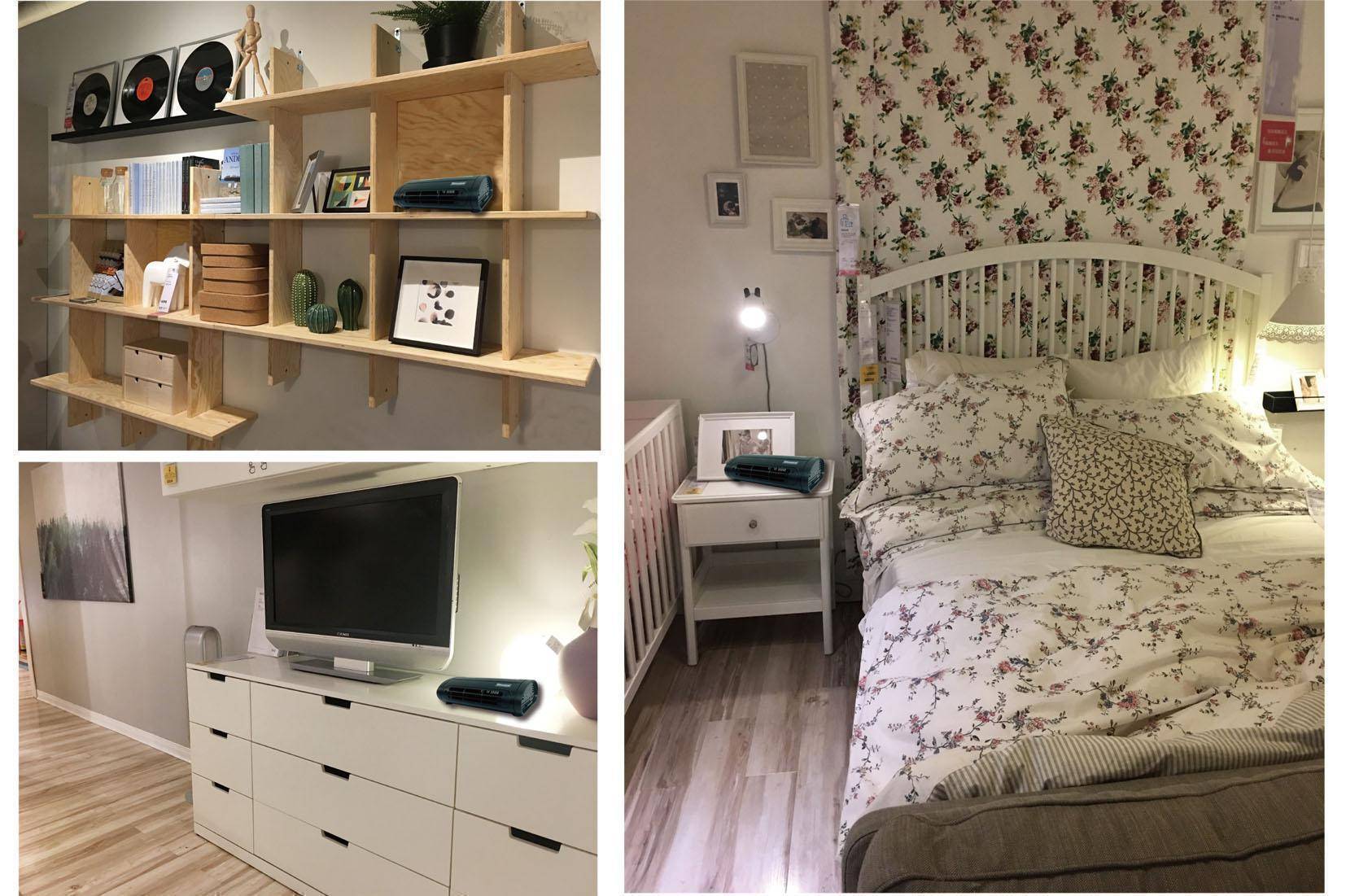 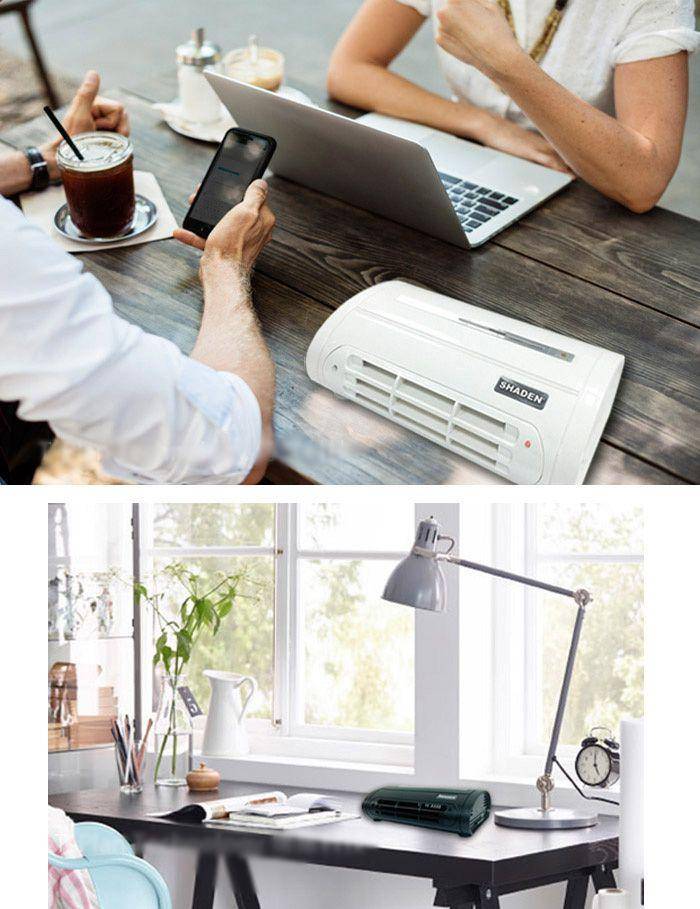 Principle
What is plasma?
Plasma is the fourth state of matter. It is an ionized gas.
Plasma consists of a collection of free moving electrons and ions – atoms or molecules that have lost or get electrons. Energy is needed to strip electrons from atoms or molecules to make plasma.
The energy can be of various origins: thermal, electrical, or light (ultraviolet light or intense visible light from a laser).
Plasma is a charged gas. It generates thousands of tiny electrical discharges, along with energetic electrons and ions. Atoms or molecules can obtain positive or negative charges when they get or lose electrons. This process is called ionization, and the plasma produced by charged particles is still neutral at its total charge. 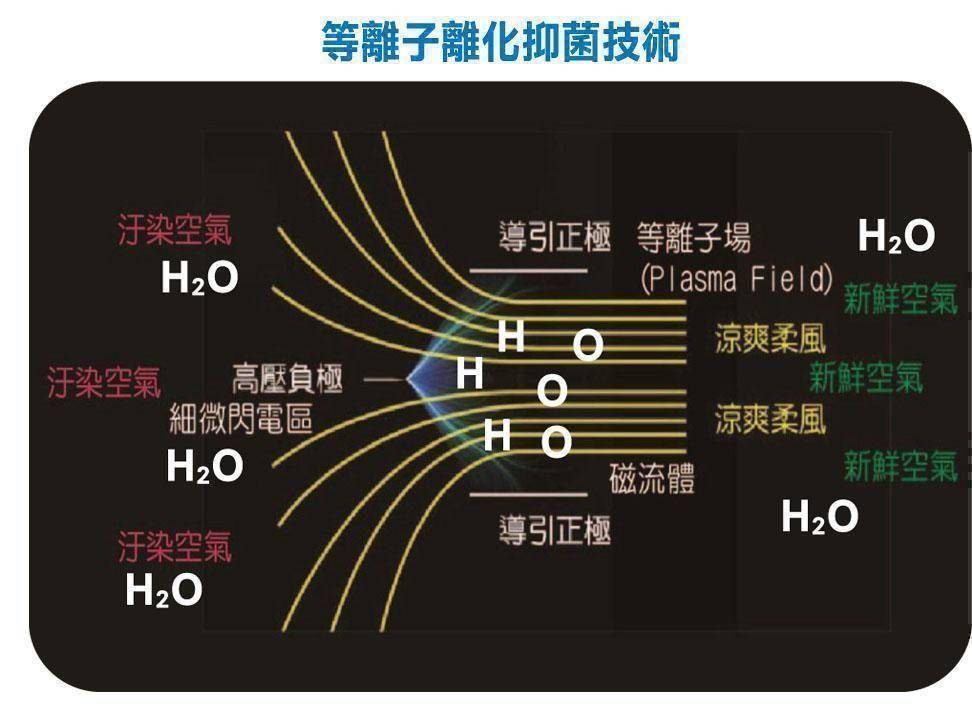 The electrode discharging pole and two pieces of guide (dust) electrode poles arranged like the triangle ΔABC.
BD// CE parallel arrangement ,theＢ& C act as electrode discharging poles(A) corona discharge guide, the tiny lightning will go A to B and A to C . Therefore ΔABC: are corona discharge areas, also called plasma field, and in the plasma field generates thousands of tiny electrical discharges, along with energetic electrons and ions. Charged gas is full of these areas. The plasma force produces fresh breeze, no motor, no fan.

Ionization gas sterilization and dust removal system.
BDCE is air flow channel. The polluted air passes (AC＆AB) corona discharge areas.
Therein full of energetic electrons and ions. Therefore all the particles in the polluted air are charged turn to charged particles. Guide (dust) electrode pole BD// CE the front side B.C act as a corona discharge guide. The balance parts are like dust collectors for remove charged particles.
Therefore, the SHADEN plasma air purifier is effectively at removeing odor, dust, dust mites, cigarette smoke, as well as bacterial and chemical pollutants from the air.
In a plasma air ionizer, between in electrode discharging pole and guide (dust) electrode pole are ionization discharge areas (also Plasma field), only in these areas the release of ionized gas, containing thousands of free electrons, negative ions etc. Therefore, without negative ions released after air channel output, there is no accumulation of static electricity and harmful waste in the car.


Ozone output
There is a part of the oxygen will be decomposed into ozone in the process of high-pressure ionization.
In other words, ozone will more or less accompanied by the plasma generation. It will eliminate common household odors and cigarette smell. However, the amount of ozone exported from air cleaners in activity space is limited by the national standards. In order to legally protect your health, SHADEN plasma air purifier was designed to use high voltage and lower current methods for limited ozone output, which avoid exceeding the national safety standards.


Experimental illustration:
Picture 1: Formaldehyde decomposition experiment.
The PAI-100 reduces the concentration of formaldehyde from 5.92 ppm to 0.0ppm within 39 minutes.
Picture 2: Dust removal experiment
The PAI-100 purifies all smoke inside the box within 12 seconds 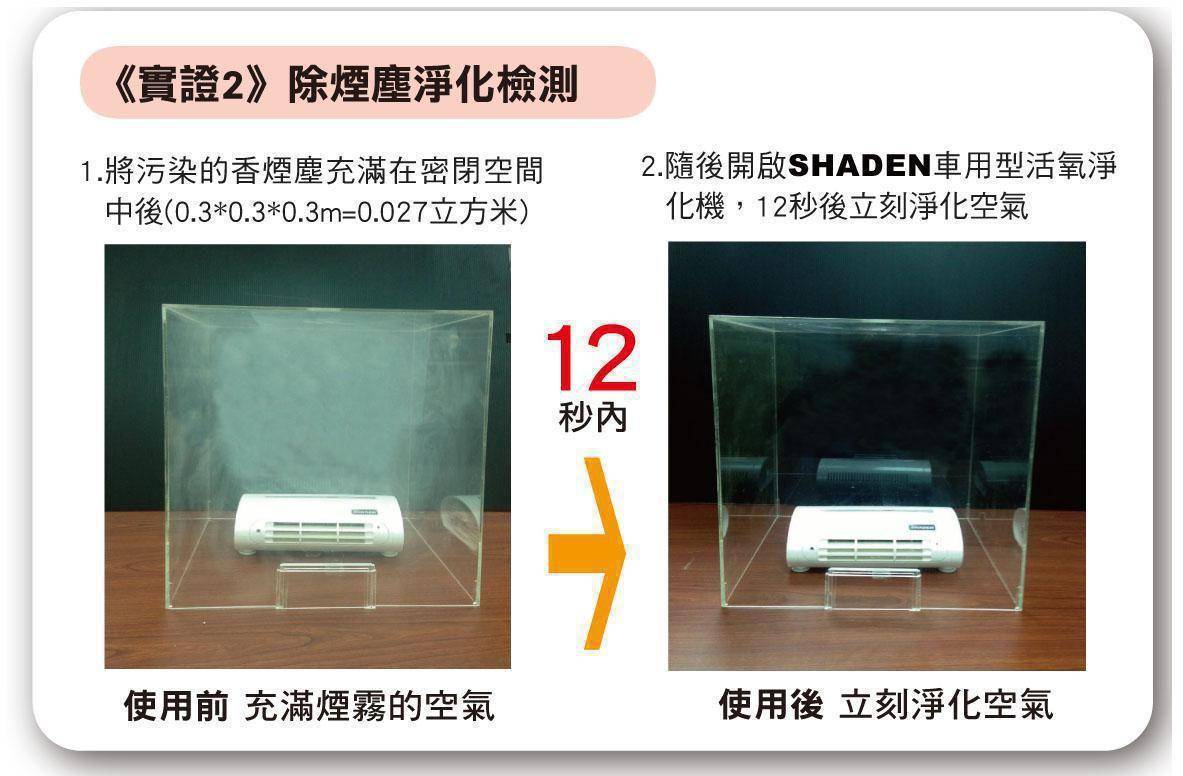