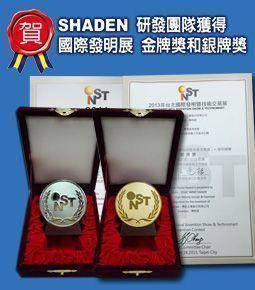 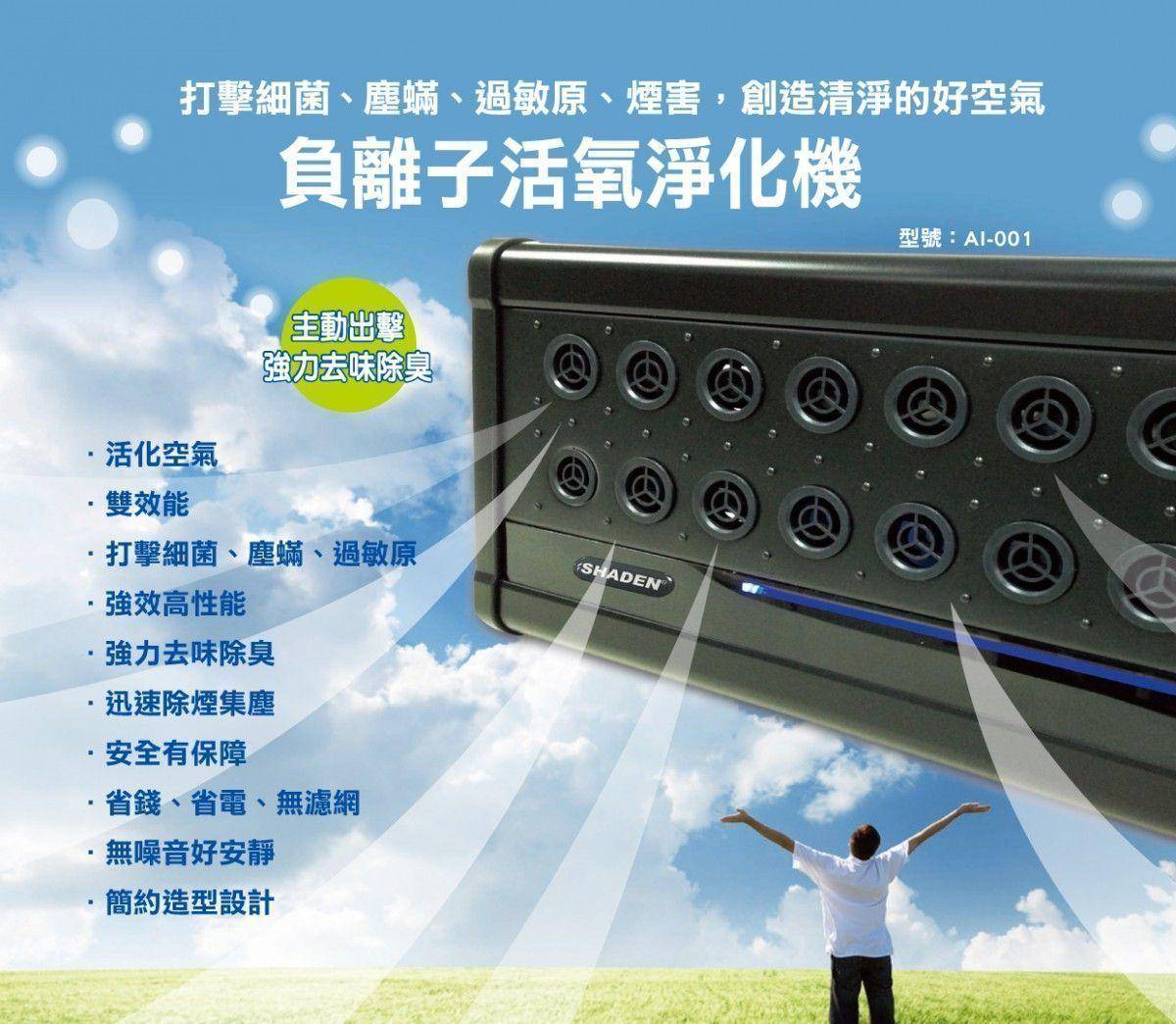 The origin of negative ions
Dr. Philip Lenard, a Nobel Prize winner, found that when a river flows down the mountains and hits  rocks or water around  waterfalls, it causes a lot of splash. This produces many negative ions. These negative ions will absorb the air in the dust, odor and other small pollutants as well as bacterial and chemical pollutants, and then attached to the trees, rocks or into the lake, so to achieve the role of air purification, the nature of the self-purification effect is also known as " "Lenard utility"! "


This photo shows the negative air ionization of an indoor bactericidal effect of aerosol and Salmonella enteritidis. The left sample is untreated; the right sample is the correct treatment. Taken at the laboratory of the US Department of Agriculture
(From Wikipedia)


Negative ion generator
The negative ion generator is a device that outputs energy of a high-voltage electrode with a guide pole to create a corona discharging zone for ionization air molecules into free moving electrons and ions.
Air ionizers have been used to eliminate the occurrence of air-borne bacterial , remove air particles and dust to reduce static electricity  buildup in electronics.

The ion's amount of SHADEN AI-001 is more than 17 millions/cm3
It was designed with a special E.A.C. circuit (energy auto. control).

Ozone  output
There is a part of the oxygen will be decomposed into ozone in the process of high-pressure ionization.
In other words, ozone will more or less accompanied by the plasma generation. It will eliminate common household odors and cigarette smell. However, the amount of ozone exported from air cleaners in activity space is limited by the national standards. In order to legally protect your health, SHADEN AI-001 air purifier was designed to use  high voltage and lower current methods for limited ozone output, which avoid exceeding the national safety standards.

Picture 2:
Formaldehyde decomposition experiment
The AI-001 reduces the concentration of formaldehyde from 5.03 ppm to 0.0ppm within 20 seconds.

Picture 3:
Dust removal experiment
The AI-001 purifies all smoke inside the box within 5 seconds 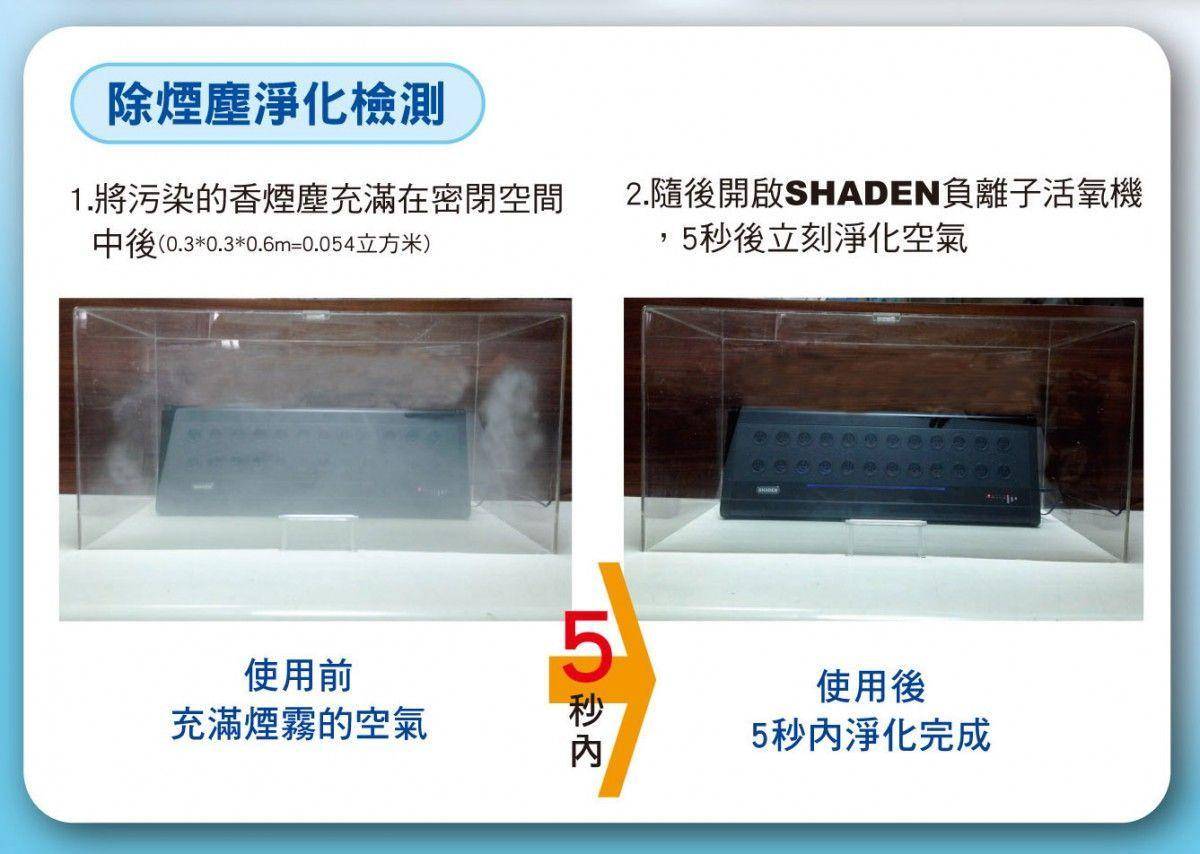 Bactericidal  test report by the SGS
Implant a variety of bacteria and viruses in the air. The number of non-boot is 4750CFU/m3. The number after started one hour is 340CFU/m3 . Its sterilization efficiency reached 92.8%
( It can be completely removed in 30 minutes according to the report. ) 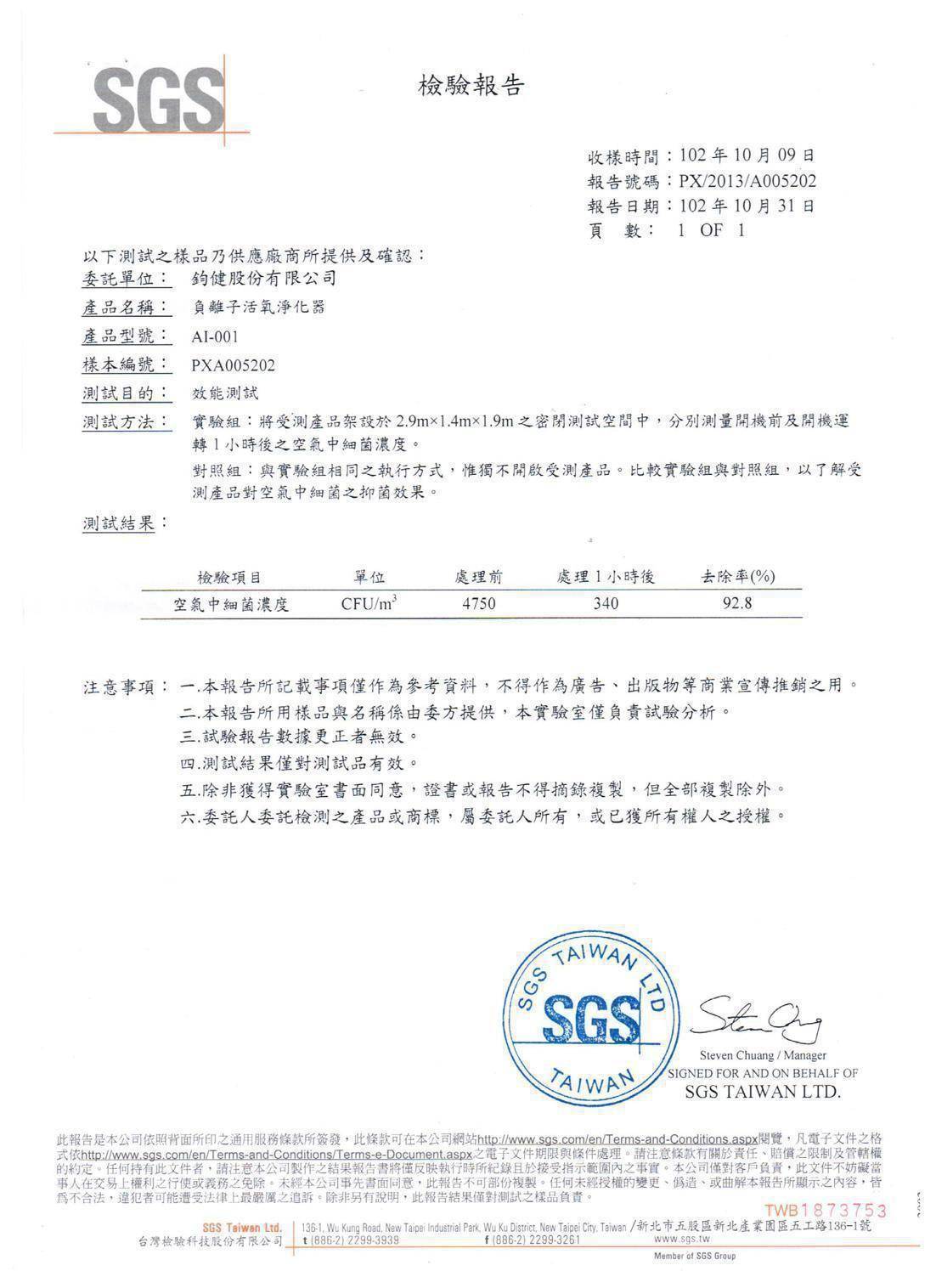